JOHOR BARU, April 12 — Datuk Osman Sapian today maintained that he is still the Johor mentri besar, amid rumours of at least four candidates lining up to replace him.
Osman said he will carry out his duties until tomorrow when he is to meet Johor’s Sultan Ibrahim Iskandar.
“I am still the Johor MB. Technically, I still carry out my tasks today as the Johor mentri besar until I have an audience with the Sultan of Johor tomorrow. 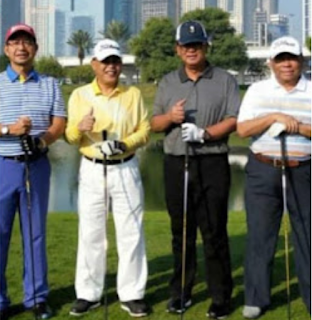 “I will have a press conference tomorrow after my audience at the Johor palace,” said Osman when met at the opening of the Restoran Rindu Alam at the Amerin Hotel in Taman Perling here.
Osman also confirmed that he is still chairman of Johor Pakatan Harapan (PH) and the state’s Parti Pribumi Bersatu Malaysia.
The embattled 67-year-old Kempas assemblyman said he will also carry out his political responsibilities until further notice.
When asked about his views on the possible Johor mentri besar candidate being from Johor Bersatu which he helms, he declined to comment.
“You can ask the party president about this. I have nothing to say on this matter,” said Osman while smiling to the media, referring to Tan Sri Muhyiddin Yassin.
On Tuesday, Prime Minister Tun Dr Mahathir Mohamad announced the resignation of Osman that was effective Monday.
However, Osman’s resignation has yet to be consented by the Johor Ruler pending his return to the state later today.
Sultan Ibrahim’s crown prince Tunku Ismail also claimed that the Ruler was the first to call for Osman to be replaced.
Osman is the 16th Johor mentri besar and is believed to have served the shortest period of less than 11 months after taking his oath of office on May 12 last year after PH’s victory in the 14th general election.
Related Articles MB Johor baru: PPBM akan serah tiga nama, Sahruddin calon pilihanReport: PPBM to offer palace three names for Johor MB Dr M warns Malaysia about giving Rulers absolute power