Singapore did try to buy water from Indonesia in the 90’s but the initiative was quietly abandoned later. Today hardly anyone talks about Indonesian water supply anymore. 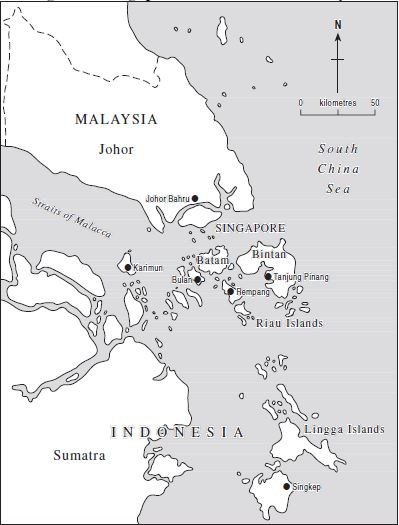 “In June 1991, Singapore and Indonesia signed a 50-year water agreement. Under the agreement water resources in Riau will be developed to supply Singapore as well as Riau. Two joint venture companies were formed to further cooperation. One is majority Singapore-owned and has responsibility for infrastructure development, collecting and distributing water to Singapore and to the second joint venture company. The second company, majority Indonesian-owned, is to distribute water on Bintan. In 1993 a further agreement was signed for cooperation in the development of water resources from the Kampar River basin in the Riau mainland.

In August 1991, Karimun was brought into the development picture through a Memorandum of Understanding between Bangun Cipta IndoKarimun (an Indonesian consortium) and the Sembawang Group that committed the parties to plan the joint development of a shipyard and a petroleum processing centre in Karimun. A 4,000ha site was allocated to the joint venture to develop the infrastructure for a marine and petroleum-related industrial sector.”

“Adding to Singapore’s sense of water insecurity is that, in 2000, the Indonesian President stated that Singapore’s water supplies could easily be cut off by a “Malaysian-Indonesian alliance”.

This worried Singaporeans as they had looked to Indonesia as an alternative source and signed a water agreement with them in 1991. Progress on building the necessary supply and distribution network was slow due to Indonesia’s political climate, but Indonesia did at one point become a more viable alternative. Discussions to buy water from Indonesia resurfaced again in 1999 and Indonesia appeared more amenable to the idea. However, no concrete progress has so far been made. Given its history with Indonesia and experience with Malaysia, Singapore remains concerned that Indonesia is as willing as Malaysia to use water as a political tool.”

From above experience, buying water from Indonesia clearly does not help Singapore to enhance its water security.

How about importing water from Vietnam, Cambodia, Thailand and the like?

John Chin's answer to If Malaysia stops selling water to Singapore, where would it buy it from?

It also begs the question of how did Malaysia-Singapore water dispute start. Why did Malaysia sign a deal which they have been unhappy for half a century? You may find my view here:

John Chin's answer to How did Malaysia end up with the unfavourable water deal (1962 agreement) with Singapore?