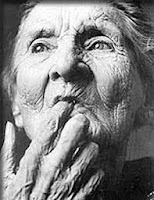 Mahathir: Malays will lose power in 10 years if they don't unite

BANGI: Malays will lose their power in the country in the next 10 years if they do not unite now, said former Prime Minister Tun Dr Mahathir Mohamad.
He said if the community were to split into different factions, they would become minority groups in the country.
"The minority cannot rule the country in a democratic framework, under which the majority rules," said Dr Mahathir, urging the Malay community to be united based on their Islamic faith.
Dr Mahathir said this in his speech when launching the Ummah Unity and Economy Seminar organised by the Malaysia Islamic Welfare Organisation (Perkim) and Malay Chamber of Commerce here Wednesday.
Dr Mahathir, who is also Perkim president, said Muslims in the country were not taught the importance of uniting when they were young.
He also urged the Malay community not to look forward to receiving "free things" but instead work hard to reap rewards.
He added that Muslims, which were among the poorest communities in the Malaysia, should work hard to be financially stable.
Posted by kluangman at Wednesday, October 12, 2011