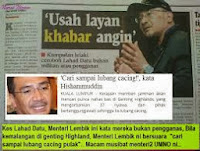 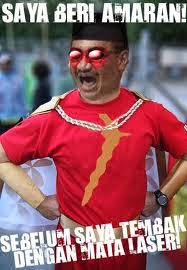 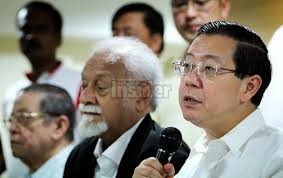 We are in a state of crisis because we are a victim of our own success. In the 47 year old history of the DAP, never has the party achieved such huge electoral successes as in the 13thGeneral Elections. We have won seats from Kedah to Sabah with 38 parliamentary seats and 107 state seats and is now the second largest political party in Malaysia. - MENANG KERANA RASIS DAN UNDI MELAYU YANG MUNAFIK 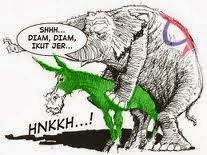 DAP upholds truth and justice. When there was a technical glitch that resulted in the wrong candidate being elected to the Central Executive Committere(CEC) during the DAP National Congress in December 2012 in Penang, we immediately corrected and reported it publicly. The corrected results were even verified by an international accounting firm. - BAGI LAPORAN KEPADA ROS MINIT TERAKHIR, TU PUN TAK LENGKAP.

We can not to give the ROS any excuse or pretext to take harsher action of deregistering the party. DAP just simply can not afford to risk the party being “banned” even for one day. I would like to take this opportunity to thank the members of the 2008 and 2012 CECs for their wisdom and perseverance. I would also like to thank the national delegates and the rank and file members of DAP for their understanding and continuous commitments to the party, and their support for the leadership TAK TIPU BUKAN CINA NAMANYA.

And yet the lies continue. The ROS still claims that 753 delegates were not notified to attend the previous National Congress in Penang. DAP Parliamentary leader has sued Utusan Malaysia for such lies and Utusan will shamelessly withdraw and apologise to him and the DAP as they have done so repeatedly previously. BARU SAMAN DAH BUAT KEPUTUSAN SENDIRI, MENDAHULUI MAHKAMAH. MANGKUK HAYUN PUNYA CINA.

BN has relied on UMNO’s 4M model of control of the mass media, government machinery,money and Mahathir politics of racial and religious extremism. BN will lie to hide their corruption, cronyism and abuse of power. If they can not use money to buy you, then they will use threats and violence. If that does not work then they will use hate to define us and then rely on fear of the minority races and DAP as the objects of hatred.- DAP MENGAKU MAHATHIR PEJUANG MELAYU TULIN, SANGAT BIJAK DAN DIGERUNI.

Sixthly, we must adhere to DAP’s concept of Middle Malaysia – the politics of moderation and inclusion. We would like to reiterate that The Shah Alam Declaration adopted at the National Conference in January 2012 committed the DAP to uphold the Federal Constitution in particular:-
• Upholding the system of Parliamentary Democracy and the Malay Rulers,
• preserving the special position of the Malays and Bumiputeras while protecting the legitimate rights of other races,
• safeguard the position of Islam as the religion of the Federation while simultaneously upholding the freedom of other religions,
• accepts Bahasa Melayu as the official and national Language while encouraging the use and study 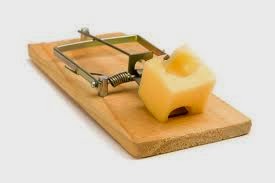 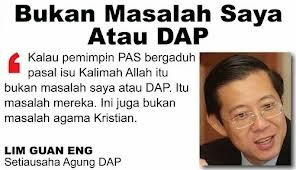 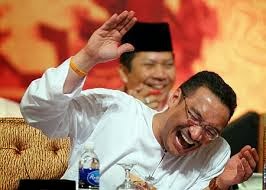 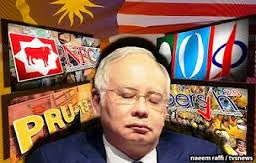 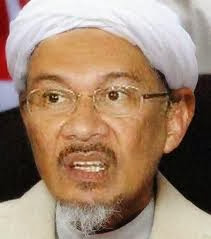 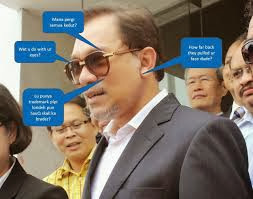 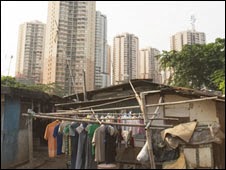 
Najib has launched the Bumiputera economic empowerment Plan. BEEP. It has come to this now. Twittering, face booking, blogging, whats-apping and now beep-ing he country. Naib will be  beep-ing the Malays so that they can take their rightful place in our country. After NEPing the country, Malay equity stands around 23%? Does ownership of this 23% mean anything to the ordinary Malays who have the face the daily grind of life?
23% is owned by GLCs, the Malay elite, the privileged and the Malay monied class. This BEEP is going to turn into another excuse to justify the rape and plunder. After raping the girl repeatedly, the rapist presents her with a bunch of flowers. This is exactly what the BEEP announced by Najib represents- the presentation of a bunch of flowers after the raping the Malay lady over and over again.
If you can’t dazzle people with your brilliance, confound them with your bullshit.
There are almost 10 million Malays living with a monthly income of RM1500. Why aren’t these people directly aided? Why do we arrogate ourselves the authority and omniscience to even claim we know what is best for the Malays? The ordinary Malay knows he wants to get out of poverty if only he has the means to. So why don’t we give them the means to? The problems of the present lot of 10 million people must be tackled immediately.
Why must we create an artificial layer of decision makers, central planners to work out things for us? It’s good that we acknowledge education, re-skilling and advanced training to be the means. Buts that for future generation and it’s also a deferred realization. What about the now and present? The 10 million destitute- no house, no land, no money, many children , no income generating resources?
I have gone around with a keener awareness about what to do with the people of Raub. To me, if we want to help the Malays, we do the Raub Model. 3 things the government must do. Help the 10 million people directly by (1) building them really affordable and decent homes (2) give them land (3) give them capital. Then they work. They have a home over their heads, they have land on which to cultivate and they have capital in hand, presently to start their enterprise off the land. No need for that elaborate structuring of a blueprint thought about by a central body directing economic enterprise.

This is a fundamental error the government is repeating.  We all know the role of government. A minimalist umpire responsible for a certain number of specific functions. Beyond that, we must have faith in the market system. If we continue placing faith in a handful of men/women who plan our lives, then we are going to regret the decision. If we allow ourselves to believe in the myth of trickle down sharing of wealth, we are also going to get disappointed. Help the poor and destitute directly.
Instead the government plans to spend through the middleman institutions. Education is deferred wealth creation. You reap the benefits of education years later. In the meantime, the 10 million living on less RM1500 per month will do what? Every essential item has increased in purchase price- rice, sugar, fish, meat, food stuffs,. Transport, utilities, etc.
These 10 million ordinary Malays face the daily grind of life. A pair of Bata shoes has increased by RM3. The cost of living is going up. The self-employed in the kampungs living on a monthly allowance of RM300 per month , with 3-4 children, rented housing will have to make ends meet. These people are destitute. Why are they not aided directly?
Here is something which I cant understand. We know who the destitute and poor are. But we don’t aid and assist them directly. We don’t appoint them to wealth creation resources.
http://sakmongkol.blogspot.com/2013/09/beep-beep-here-comes-roadrunner.html 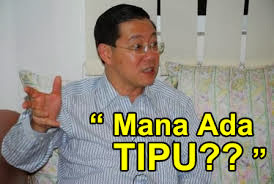 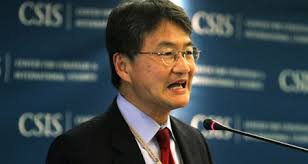 Posted by kluangman at Saturday, September 21, 2013 No comments:


Posted by kluangman at Saturday, September 21, 2013 No comments: 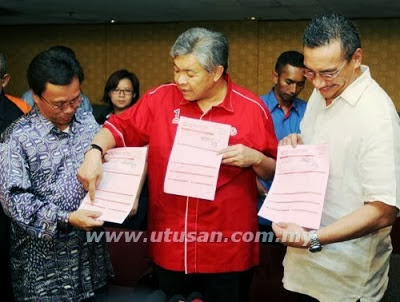 Posted by kluangman at Saturday, September 21, 2013 No comments:

Posted by kluangman at Friday, September 20, 2013 No comments: 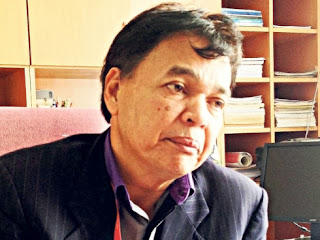 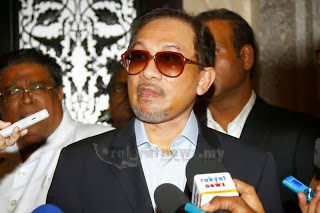 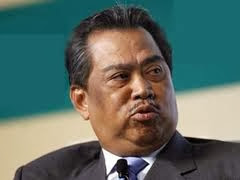 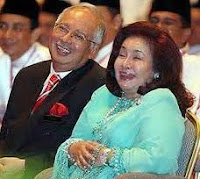 Posted by kluangman at Friday, September 20, 2013 No comments: 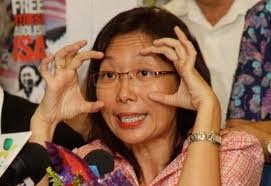 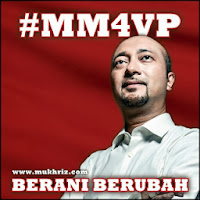 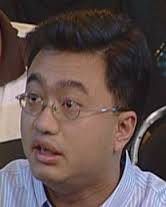 Posted by kluangman at Thursday, September 19, 2013 No comments: 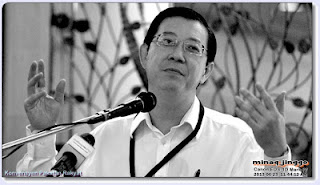 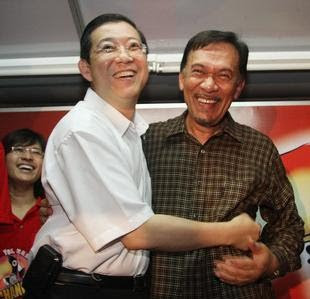 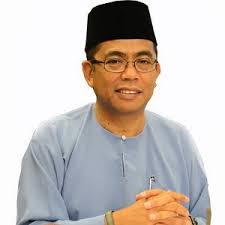 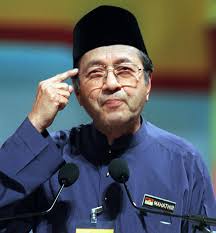 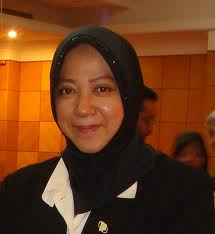 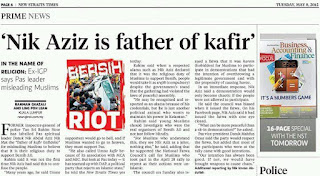 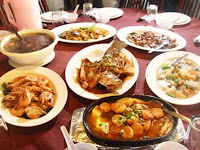 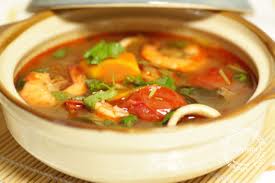