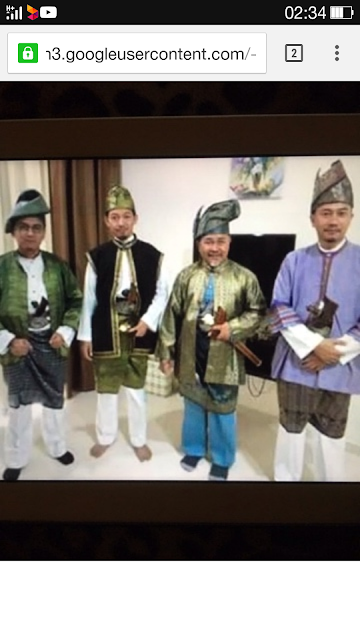 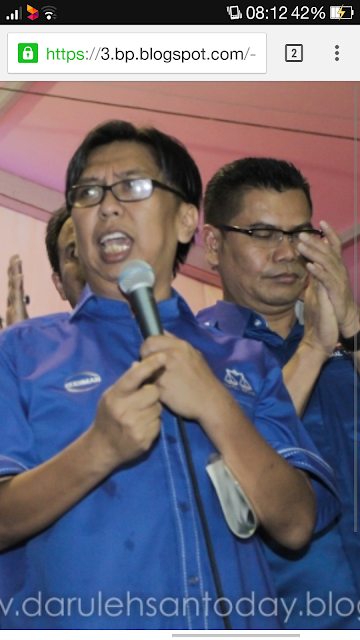 MALULAH MALAYSIA  ! !
The center of gravity around the 1MDB corruption scandal is shifting. It is now moving to Singapore where the Singapore Attorney General will soon be commencing trial proceedings against 33 year old Yeo Jiawei, of the corrupted and criminal BSI Bank which has since had their banking license cancelled and ceased to exist.
While the Malaysian AG (a kampong fler from near Golok) has said that there is no case to answer, the Singaporeans are going ahead with a whole range of charges against Yeo Jiawei relating to the movement of funds originating from 1MDB.
Here is an email from Singapore:
LATEST FROM SINGAPORE - important this get's understood fast.
It's very very good news and probably the most stunning update in it's own way
in 2 to 3 weeks the AG of S'pore going to rush YEO Jiawei's prosecution in court
on the current 9 charges
now evidence will be presented in Court in just about 2-3 weeks,  not  one year later
a lot of juicy facts will come out early
enabling follow on prosecutions and arrests
the facts to be presented in court will be used
MEANING scumbag principals will be arrested soon
or warrants issued
if  they are not extradited shortly ie ERIC TAN KIM LOONG and JHO LOW.
other significant points:
Singapore prosecuting the case in record time
to avoid Yeo Jiawei further liaising with the PRINCIPALS
they went to the High Court and stayed the bail
they gave undertaking to High Court they will rush Yeo's trial date
to justify his detention pending trial
obviously they are so confident he is "guilty of some or all offences"
already Yeo has been in record remand for Singapore (41 days)
YEO JIAWEI is going down
some of the other 6 are turning states witness
or to force YEO to protect his wife and parents from charges
will he plea bargain to give evidence against N___b and Jho Low, let's see.
Singapore AGC Kwek is playing hard ball of the highest order
ensuring close to Jho Low being issued an Interpol Red Notice
My comments : Once the trial starts, all sorts of facts and secrets will become known in Court. It will become public knowledge. The international media and the whole world will be present to report on every detail.
Only TV3, RTM,  Bernama, Utusan Malaysia and Berita Harian will not be there to cover the trial.  MALULAH MALAYSIA.
I am just wondering - when the trial starts in Singapore and cogent evidence is presented in Court by the Attorney General of Singapore, detailing exactly how the money flowed from 1MDB,  went island hopping around the world a few times (Seychelles - Indian Ocean, British Virgin Islands - Carribean, Cayman Islands  - also Carribean) and finally ended up in the accounts of the movie producer (US$250 million), his mum (another US$250 million) and the Boogey (US$681 million whoppers) what will be the reaction of the Malaysian gomen?
What will be the reaction of the media handlers and spokespersons in the Prime Minister's Office?
Lets say the Attorney General of Singapore produces SWIFT transfer transcripts, bank documents, testimony by witnesses etc which prove how the money was stolen and then the Foreign Media calls the PM's Office in Putrajaya and asks for clarification, what will be the PMO's reply?
"Gapo? Mu nak apo?"
I mean is the government of Malaysia just going to play "elegant silence" and ignore the whole Court process in Singapore, in Switzerland, in Hong Kong and elsewhere?  Yo kampong boys, is that your contingency plan?
Categories: Blog feeds
SINGAPORE NOOSE : First 1MDB Trial Starts In TWO weeks.
[09:06, 5/29/2016] ‪+60 19-779 0479‬: Integrity is the best policy. And in a matter of principles stand like a rock. Let's see justice take its course!
Posted by kluangman at Sunday, May 29, 2016 16 comments: 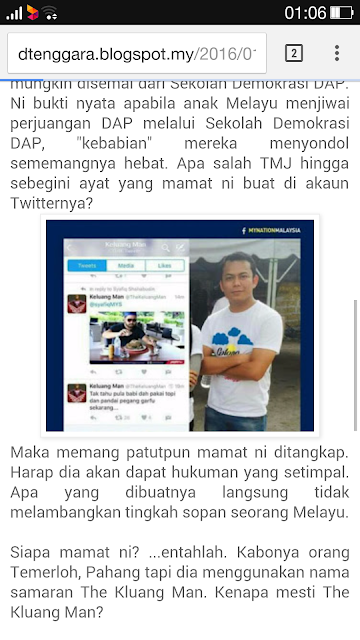 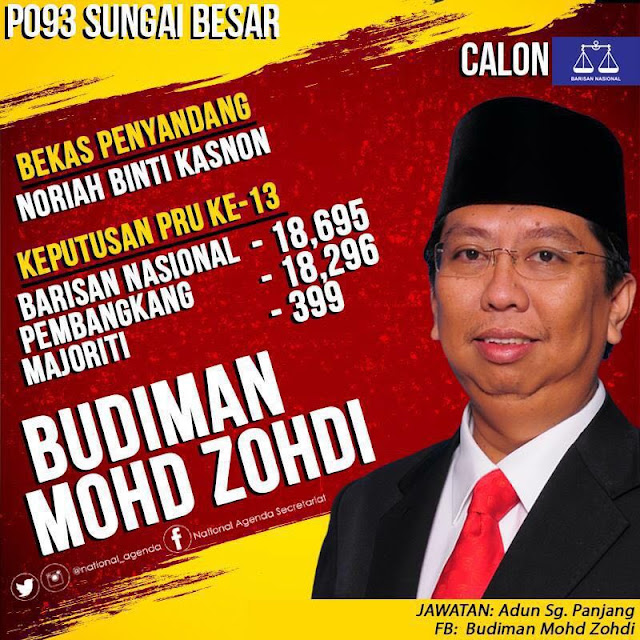 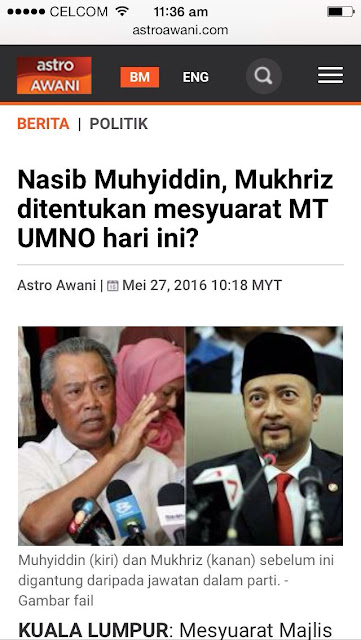 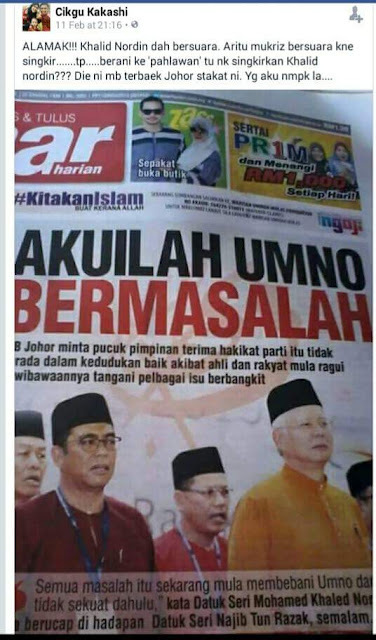 13. Sebelum pulang, Umar sempat bertanya kepada saya 'Do you Malaysians really believe that 2.6 billion is donation? How naive can you be?'

"Former premier Dr Mahathir Mohamad has called on the opposition and the public to cast aside their identities as party members in the upcoming twin by-elections to ensure Prime Minister Najib Abdul Razak's defeat.

Speaking after a meeting with several opposition MPs in Putrajaya, Mahathir said this was because some of Najib's policies, such as the goods and services tax, have burdened all regardless of political allegiances.

"We are agreed that in these by-elections we must behave as though we don't belong to any party." 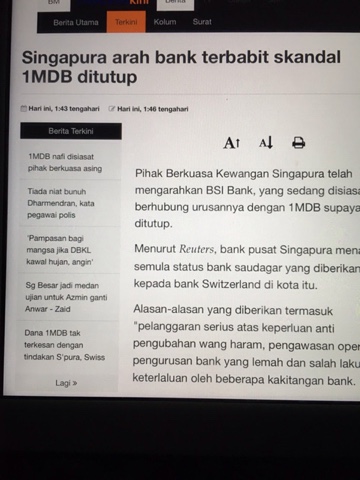 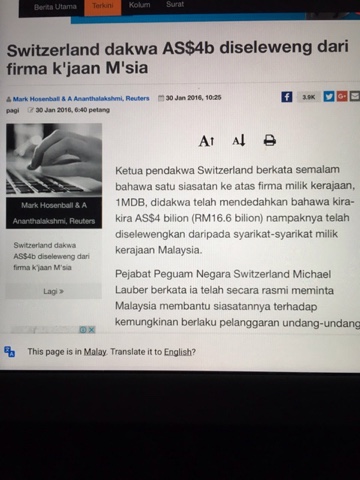 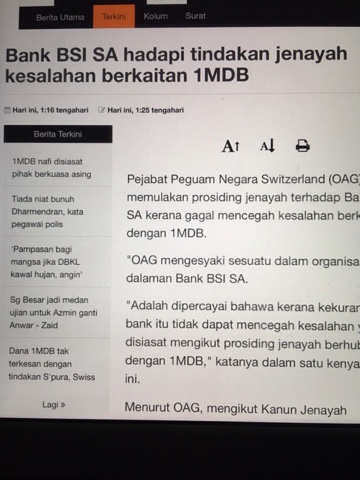 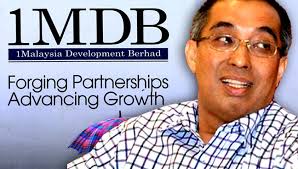 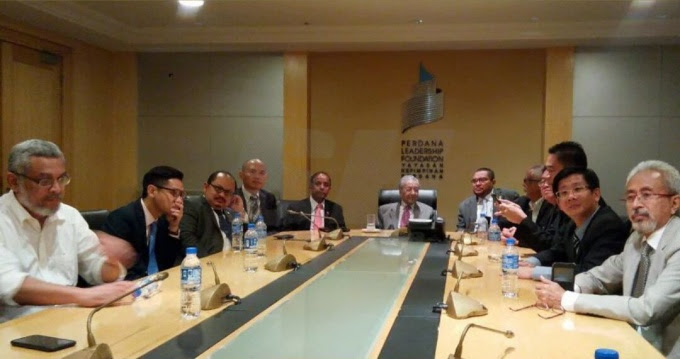 "Former premier Dr Mahathir Mohamad has called on the opposition and the public to cast aside their identities as party members in the upcoming twin by-elections to ensure Prime Minister Najib Abdul Razak's defeat.

Speaking after a meeting with several opposition MPs in Putrajaya, Mahathir said this was because some of Najib's policies, such as the goods and services tax, have burdened all regardless of political allegiances.

"We are agreed that in these by-elections we must behave as though we don't belong to any party."

Can the Opposition cast aside personal agendas and unite for the country?

Are you mature enough?

Tun has shown the way.

Singapore orders bank involved with 1MDB to shut down

The Monetary Authority of Singapore has ordered BSI Bank, which is under the limelight for its dealings with 1MDB, to close down. 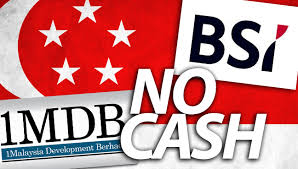 According to Reuters, Singapore's central bank withdrew the Swiss bank's status as a merchant bank in the city state.

The grounds provided include "serious breaches of anti-money laundering requirements, poor management oversight of the bank's operations and gross misconduct by some of the bank's staff.

Such action had not been taken by the Singapore authorities in 32 years.

This is the first time that the Monetary Authority of Singapore is withdrawing its approval for a merchant bank since 1984, when Jardine Fleming (Singapore) Pte Ltd was shut down for serious lapses in its advisory work," it was quoted as saying.

The monetary authority said it has also referred six members of BSI Bank's senior management and staff to the public prosecutor.

Download Prime at: https://play.google.com/store/apps/details?id=com.kini.prime to get the latest updates direct to your device!
Posted by kluangman at Tuesday, May 24, 2016 4 comments: 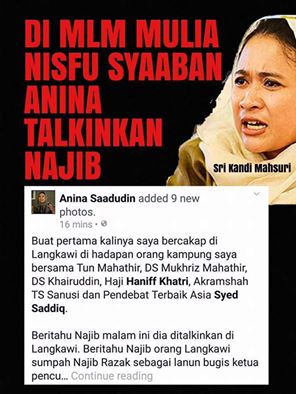 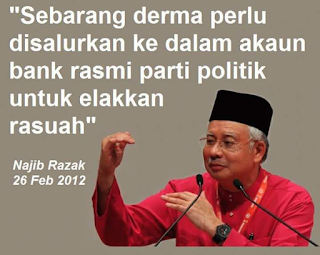 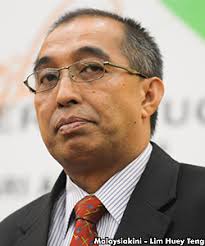 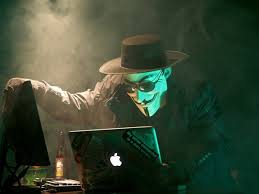