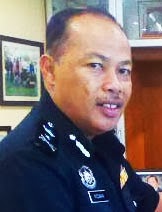 Former Attorney-General Abu Talib Othman has urged his successor Abdul Gani Patail to answer allegations against him over the Batu Puteh debacle.

"To me he has no choice but to speak up to defend himself and his office.
"For this purpose perhaps it would be relevant if I were to quote the words of Lord Denning, 'Silence is not an option when things are ill done'," Abu Talib ( left ) told Malaysiakini today.
He was commenting on former police CID chief Mat Zain Ibrahim's statutory declaration regarding the Batu Puteh territorial dispute with Singapore.
At the time, the dispute was being heard at the International Court of Justice in The Hague. The court eventually ruled in Singapore's favour in May 2008.
Mat Zain had claimed that Gani, who was leading Malaysia's legal team, had tendered a doctored photograph of Batu Puteh taken from an anonymous blog as evidence.

He said this was caught out and had undermined the credibility of Malaysia's legal team in the eyes of the bench of 16 judges.
Minister in the Prime Minister's Department Nancy Shukri has denied that Gani was involved in submitting the photographs that inaccurately portrayed the island's position relative to the coast of Johor.
However, Gani himself has been silent on the allegations thus far.

Former CID chief Mat Zain Ibrahim, in the meantime had urged the police to start investigating his allegation that Attorney-General Abdul Gani Patail had erred in the Pulau Batu Puteh case. 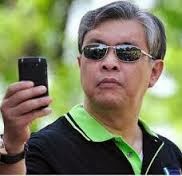 The police, Mat Zain said, should have been prompted into action based on his statutory declaration on the matter alone.

Mat Zain was responding to the Home Minister Ahmad Zahid Hamidi ( right ) who was quoted in news reports as saying yesterday that the police could do nothing until a police report was lodged on Mat Zain's charges.

"Section 107 and 107A of the Criminal Procedure Code relate to information given to the police and their powers to investigate are very clear," Mat Zain said in a brief message to Malaysiakini.

In a statement a few days ago, Mat Zain said he had handed a copy of the statutory declaration containing allegations of misconduct by Gani to Prime Minister Najib Razak.
Posted by kluangman at Thursday, November 28, 2013