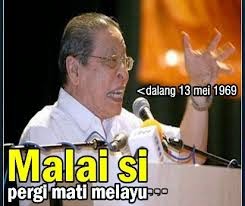 KOTA BARU: ALL Muslim members of parliament should support the Kelantan  government's private bill on the implementation of hudud when it is tabled in Parliament, said Pas spiritual adviser Datuk Nik Abdul Aziz Nik Mat.
He said it was all right for non-Muslim MPs in DAP and PKR to reject the bill, but given enough time, they might support it, too.
"The tabling of the private bill is a development that we have waited for for a long time.
"We pray that it will be successful.
"It is not easy to bring an enactment from the state assembly to Parliament.
"We hope that Allah will open the hearts of all MPs to support it," he said after giving a religious lecture at the state Pas headquarters yesterday.
Deputy Menteri Besar Datuk Mohd Amar Nik Abdullah had, on Wednesday, said the bill to seek a declaration for the Kelantan Syariah Criminal Code Enactment II, or hudud, to be implemented in the state would be tabled in Parliament in June at the earliest.
Amar said the draft of the bill was ready and only needed the views of experts for further improvement.
Nik Aziz said hudud was not something churned out by Pas, as it had existed even before the party was formed.
"Pas was only set up in 1961, but hudud has been delegated to the people for thousands of years."
On Tuesday, DAP secretary-general Lim Guan Eng reiterated the party's rejection of the Islamic law, saying its stand had not changed although Pas had urged DAP to support the bill.
"Everyone knows our stand. There is nothing more to add."