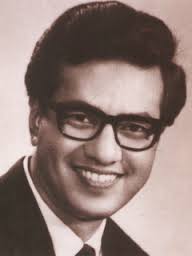 Two days ago, I had the good fortune to spend some time in the company of the Honourable Former Prime Minister of Malaysia.  He joined us at the 11th edition of Frost & Sullivan’s Malaysia Excellence Awards.  It was one of the most inspiring moments of my career.

He was very punctual and came exactly on time along with his wife Tun Dr. Siti Hasmah.  We spent some time in the holding room discussing the event, the traffic in Kuala Lumpur, GST and its implications.  As I ushered him to the event room, the historic nature of the moment dawned on me.  He is today the only remaining of the many incredible leaders of the modern era.

I had tears in my eyes as I walked beside him, receiving a standing ovation and welcome.  There was a very genuine sense of respect, admiration, gratitude and love being showered on this man and his wife for his admirable leadership in leading a country for 22 years.  Allow me to share three inspiring personal lessons / moments in the company of this incredible leader.
As the evening came to a close, we escorted him back to his car.  It was selfie time.  He patiently reciprocated every single request to pose for a selfie.  There were several hundreds of them that evening.  I would summarise his leadership attribute in the short time with him in three words – He was interesting, interested and humble.  Thank you Tun.