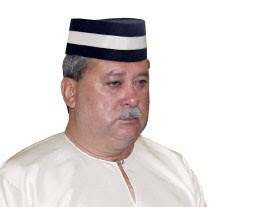 THE new Sultan of Johor is known for being friendly and down-to-earth, as much as he is known for possessing a colourful character.
Fondly known as 'Ku Yem' - a contraction of 'Tunku Ibrahim' - among his subjects, Tunku Ibrahim Ismail was proclaimed the Sultan of Johor following his father's death.
His willingness to go down to the ground to visit ordinary Johoreans, joining them in meals, games and prayers, has earned him the reputation of being a caring prince.
Posted by kluangman at Saturday, January 23, 2010