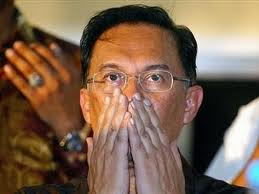 ‘Not for Anwar to call off Bersih rally’

Bersih chairperson Ambiga says it is the people's rally.

KUALA LUMPUR: Coalition for Free And Fair Elections (Bersih) chairperson, S Ambiga today said the polls watchdog would not back down from its mass rally planned for July 9.

“It is not for Anwar to decide to call it off,” said Ambiga who leads the coalition of about 62 NGOs and political parties.

She was commenting on Opposition Leader and PKR advisor Anwar Ibrahim’s remarks earlier today that he would call off the Bersih rally if the Election Commission guaranteed free and fair election.

Meanwhile when asked on Malay rightwing group Perkasa’s action of villifying her and burning banners of her picture, Ambiga said: “I believe police will take appropriate action. I will not respond to any statements against me.

“The rally is not me It is about the people,” said Ambiga, who was a former Bar Council president. She was talking to reporters at the launch of the Bersih rally tonight.

She also assured that the July 9 rally would be a peaceful event.

“We are peaceful. Our aims are noble, our cause is just, and our method is peaceful. If there is any violence, it will not be by us,” said Ambiga.