1.The MCA President has expressed his disgust at what he calls the lack of principle on the part of DAP.

2. He seems to think that DAP’s working together with me is all wrong.

3. But MCA’s working together with a known kleptocrat who has stolen billions of Ringgit is the worst example of a lack of principle. Or is the MCA unaware of what Najib has done to UMNO, BN and the nation. If he is not, I would like to tell him that under Najib Malaysia has been classified as one of the ten most corrupt country in the world.

4. The American Dept. of Justice has reported that Najib, who is Malaysian Official 1 (as confirmed by Cabinet Minister Abdul Rahman Dahlan), has stolen billions of Ringgit of the Malaysian people’s money, and 2.6 billion Ringgit of this is in Najib’s personal bank account. Of course the MCA thinks this is okay. That is the MCA’s principle which it must cling to. It must be proud that it is supporting Najib who is involved in the world’s biggest fund case as alleged by the Department of Justice.

5. Now Najib considers the contest is between UMNO and DAP. This means Najib believes in racism because to him Malaysian politics is about Malays versus Chinese. Towards that end he has redrawn constitutional boundaries to separate Malays from Chinese.

6. Perhaps this accords with MCA as an ethnic Chinese Party. DAP is a multi-racial party which supports all the provisions of the Malaysian Constitution, namely
I. The monarchical system
II. Malay Special rights
III. Malay is the national language
IV. Islam is the official religion of the country.

7. Accordingly the DAP celebration of its 50th anniversary was conducted completely in the national language.

8. The DAP Secretary General categorically stated in his speech that DAP had never asked to have a Chinese Prime Minister in answer to Najib’s claim that if the DAP wins the next election Kit Siang would be P.M. DAP’s choice is Anwar Ibrahim, a non-Chinese.
9. MCA obviously supports Najib’s racist play by saying that if UMNO loses to DAP, there would be a Chinese as PM., or maybe MCA just wants to bodek Najib, principle be damned.

10. MCA should not talk about principle as it is just opportunistic. It is not the MCA of Tun Tan Cheng Lock. It is just an appendage of
Najib’s racist UMNO now.

11. I am with DAP and the other opposition parties because I don’t want to be associated with Najib and his kleptocratic government. Until he can prove beyond reasonable doubt he did not steal 1MDB money, I will still say he has stolen money from the people of Malaysia.

12. For MCA everything that Najib has done is okay. So stay with him. And that means MCA has no principle. DAP has upheld its principle to have clean election, to have democracy and to fight for a clean Government. MCA is as kleptocratic as Najib. 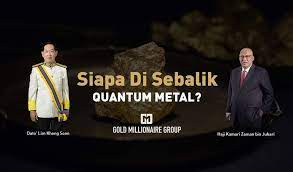